Indian has executed four men for the gang rape and murder of a woman on a Delhi bus in 2012 that sparked huge nationwide protests and international revulsion.

The four were hanged before dawn on Friday at Tihar jail in the Indian capital, the head of the prison, Sandeep Goel, told AFP news agency, in India's first use of capital punishment since 2015.

The four hung on Friday were gym instructor Vinay Sharma, bus cleaner Akshay Thakur, fruit seller Pawan Gupta and Mukesh Singh, unemployed. They were all sentenced to death by a fast-track court in 2013.

"It is of utmost importance to ensure dignity and safety of women," he said.

Hundreds of police were deployed outside the jail to control a crowd that waited to celebrate the execution. Some held placards that read "Justice for women" and "Hang the culprits", Reuters news agency reported.

The crime, which happened on the night of December 16, 2012, sparked enormous protests and global outrage. The victim was dubbed Nirbhaya - the fearless one - by the Indian press, as she could not be named under Indian law.

"Today, justice has been done after seven years," the victim's mother told reporters outside the prison. "I salute Indian judiciary and thank God for hearing our prayers ... my daughter's soul can now rest in peace."

Six men were arrested for the brutal attack. One suspect, Ram Singh, was found dead in his jail cell in March 2013, having apparently taken his own life.

Another, who was aged 17 at the time, was released in 2015 after serving three years in a reform facility - the maximum term possible for a juvenile in India.

In 2017, the Supreme Court upheld death sentences for the four men, with judges ruling the crime met the "rarest of the rare" standard required to justify capital punishment in India.

India's president rejected pleas for clemency from the condemned men, after the Supreme Court dismissed their pleas for a review of the death sentences.

Many activists in India have opposed the death penalty saying it does not act as a deterrent.

"Justice is not served only by death sentence and dangerous offenders who pose threats to the society can be condemned to isolation from society till the end of natural life without resorting to execution," said Suhas Chakma, the coordinator of the National Campaign Against Torture, in a statement.

In India, 426 prisoners were on death row by the end of 2018, but the country has carried out only three executions since 2008.

In the most recent case of capital punishment, Yakub Memon, convicted of taking part in the 1993 bombings in Mumbai, was hanged in July 2015.

Attacked on a moving bus and left for dead on the road side, the victim, a 23-year-old physiotherapy student, clung to life for two weeks before succumbing to her injuries. She died in a hospital in Singapore, where she had been transferred in a desperate attempt to save her.

Outrage over her death led to India passing tough new laws against sexual violence, including the death penalty for rape in some cases. 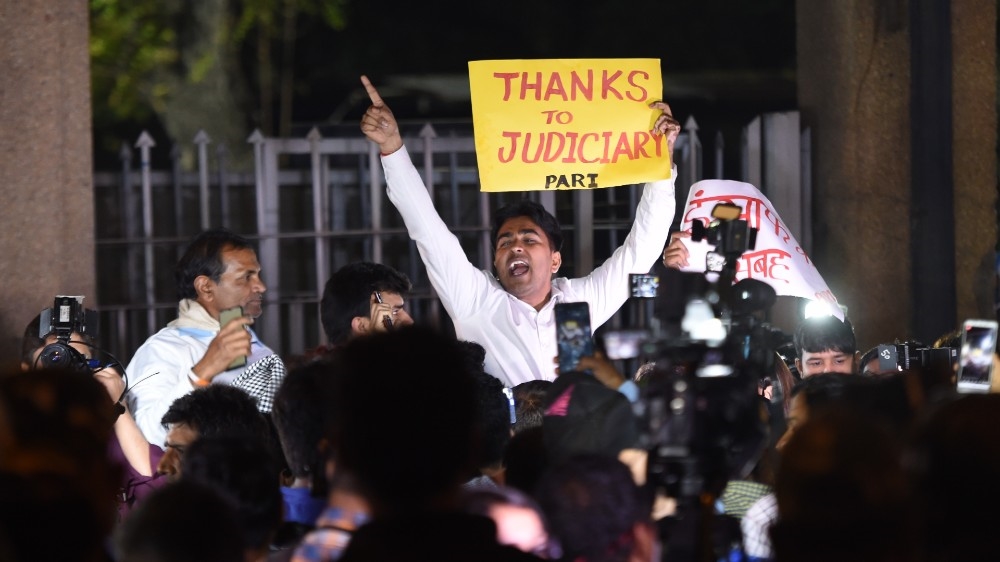 Still, one woman reported a rape every 15 minutes on average in India in 2018, according to government data released last month, underlining the country's reputation as one of the worst places in the world to be female.

Women reported almost 34,000 rapes in 2018, a figure barely changed from the previous year. Just over 85 percent led to charges, and 27 percent to convictions, according to the annual crime report released by the federal home ministry.

Activists say the government statistics understate the number of rapes as it is still considered a taboo by conservative Indians to report sexual violence.

"Patriarchy is instrumental in wrongly validating masculine superiority that looks down upon women's rights.

SUCCESS FACTOR: BREAKING NEW GROUNDS — The essence of having a...

Oshinbajo, Dangote, Tinubu, Wigwe, Philip Walker, others to speak at The...

Edo Guber: I won’t get justice because Oshiomhole is an interested...