Residents of Sabon Tasha and Juji communities in Chikun Local Government Area of Kaduna State have condemned the abduction of three persons in the area.

They staged a protest on Saturday along the Kachia Highway over the kidnap of the victims – the wife and two children of a medical doctor, Dr Ataga Philip.

According to them, the victims were abducted from their home on Friday night by suspected kidnappers while a member of a local vigilante group was also killed in the process. 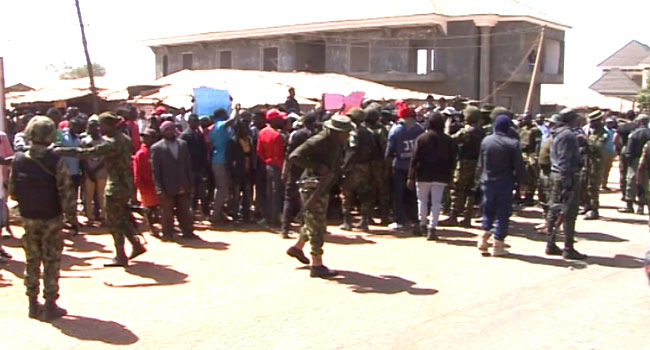 However, the Kaduna State Police Command has yet to confirm the incident.

Armed with placards with various inscriptions, the protesters blocked the highway, thereby causing heavy traffic on the busy road.

It was a serious business as not even the presence of security operatives could remove them from the road. 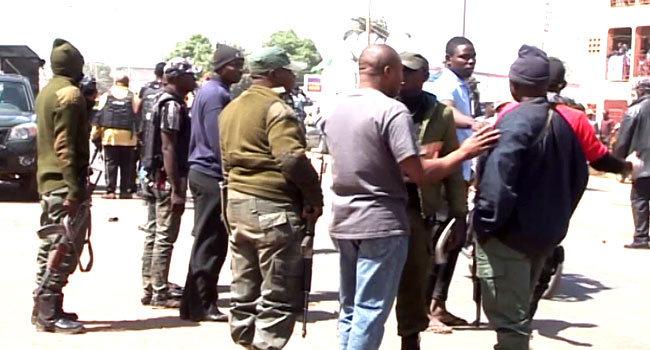 Condemning the incident, the youth leader in Juji, Hosea Bawa, said residents could no longer condone the activities of criminals in the area.

He, therefore, called for the deployment of more security operatives in the area in order to nip crime in the bud.

Back home, the man whose family members were abducted was still in shock as he narrated how the incident happened to Channels Television.

Dr Philip appealed to the security agencies in the state to intensify efforts towards the safe return of his wife and children.

He added that the kidnappers have yet to make demands. (Channels TV)

Anambra monarch in war of words with his subjects, says ‘my...

Lagos to prosecute stray animals’owners •To deploy Agric-Marshals to all LGs...

Cancel controversial polling units or prepare for your downfall, Aka Ikenga...