Why parents in Myanmar are holding fake funerals for their children

•According to the UN, forced recruitment of young people in northern Shan State villages is widesp


Mandalay, Myanmar - Sitting in a monastery in Mandalay, a city in northern Myanmar, Ake Xi* watched his family scatter flowers on his freshly dug grave, via Skype.

On the other end of the call, his twin sister held the camera in focus so he could see the picture they had placed at the head of the grave.

It was one of his younger self, a child who spent his days picking tea with his parents in plantations above their hillside village.

A year has passed since his fake funeral, which was organised by his parents.

They wanted to have his name removed from their household because he was at risk of being recruited by an armed group in Shan State, an east-central region.

So far, the fake funeral has worked.

Ake Xi is no longer linked to his home residence - he is out of reach of soldiers from the armed wing of the Restoration Council for Shan State, an armed group known as the Shan State Army-South (SSA-S), who patrol his parents' village in search of young recruits.

Myanmar's long-standing internal armed conflicts have been characterised by severe human rights violations and mass displacement, with forced recruitment tactics used by both the Myanmar army and non-state armed groups. 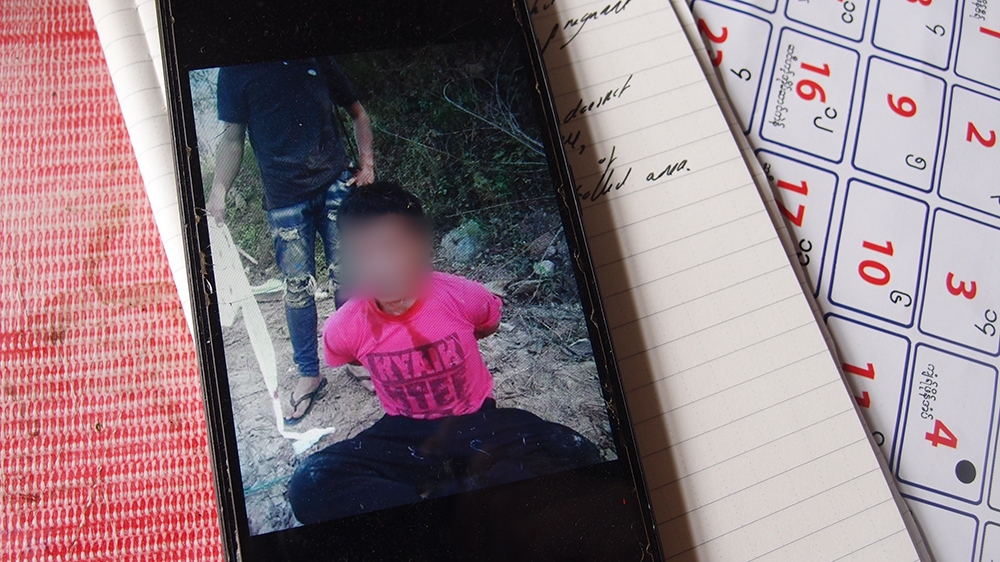 A photo of Lay Sai Nge taken before he was blindfolded and beaten. This photo served as proof of his abduction by the SSA-S and led to his release [Margarite Clarey/Al Jazeera]

Young men are the primary target, but children are often also swept up in blanket enlistment practices.

The Myanmar military was first found guilty of using child soldiers in 2003, in a UN report on children in armed conflict.

The country remains on the list despite the Nationwide Ceasefire Agreement (NCA) reached in 2015, requiring the Myanmar military and signatory ethnic armed organisations to protect civilians, including by not engaging in forced conscription or the abduction of children.

The UN children's fund (UNICEF), which monitors the implementation of a 2012 action plan to end the use of child soldiers in Myanmar, says 924 minors have been dischargedby the Myanmar military in the past seven years.

The SSA-S is among seven ethnic armed groups in Myanmar listed by UNICEF as "persistent perpetrators" in the recruitment of child soldiers.

Bordering China to the east, the mountainous region has seen fierce fighting since late 2015 when the SSA-S moved north into Ta'ang National Liberation Army (TNLA) and Shan-State Army-North strongholds.

The UN report found that "even if there is no policy of forced recruitment per se, there is no space to object to joining the ranks of certain armed groups" with abductions, torture and extortion used to coerce families into handing over their sons. 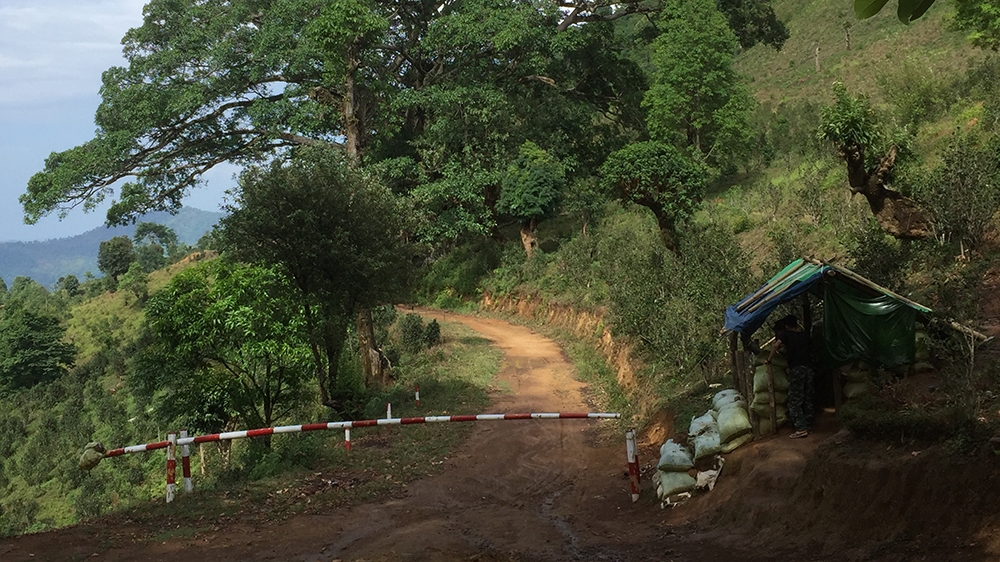 In June, these findings became a reality for Ake Xi.

His parents received an ultimatum from SSA-S soldiers: either they hand over their son or pay 10 million kyats, the equivalent of around $7,000, for another to serve on his behalf. If not, they would be taken hostage until he turned himself in.

"They locked my hand with three other men and blind-folded us as we drove out of the village," Ake Xi said.

He claimed he was tied to a tree and interrogated at the SSA-S base.

"They wanted to know how many other families were hiding their sons," he said.

On the third day, soldiers accompanied him back to the town and waited while he cashed in his father's gold, the entirety of their savings.

"We had no choice," he told Al Jazeera. "It feels like a bad dream."

Amnesty International documented  45 cases of abductions by the TNLA and SSA-S in Shan State between late 2015 and late 2016 as fighting intensified between the two warring parties.

The rights group says civilians are typically taken in groups of five to eight people. Some are forcibly removed from vehicles, others are taken from home and never seen again. Parents are also held captive until their children agree to conscript.

Lay Sai Nge's arms are still marked from the ropes that bound him for the four weeks he spent as a captive of the SSA-S.

The 43-year-old was the eldest of 10 men taken from Man Li village when fighting erupted in Hsipaw township in late February, snatched from his car on the way to rescue other villagers caught in the crossfire.

Photos of him beaten and bound were circulated by local media, which led to his eventual release.

Six men, including minors, are yet to return home but have been spotted in posts shared by SSA-S soldiers on Facebook. In the images, they are wearing uniforms and holding guns.

Three months on from his release, Lay Sai Nge has sent 60 school-aged children from his village to live in a monastery in Ayeyarwady region in the country's southern delta.

Like many parents Al Jazeera spoke to in rural Shan State, he is confident that there is next to no risk of recruitment outside the areas controlled by ethnic armies.

Humanitarian organisations say that since late 2016, there has been an exodus of rural youth and a spike in displacements linked to concerns about forced recruitment in northern Shan State.

Matthew Maguire, an aid worker, cited an increase in adolescents crossing to China as fighting intensified.

"Young people fled across the border to work as the risk of forced recruitment [or] being picked up for belonging to an opposing ethnic group went through the roof," he said. "Their choices were limited: either move to an urban area or find work in China."

Maguire, who was working with local groups on a youth dialogue project in 50 villages in Kutkai township in early 2017, says that their endeavour could not proceed as there were simply no young people to work with.

"All had fled for fear of recruitment," he told Al Jazeera by email.

Mother of five, 43-year-old Yar San Taw* has made many sacrifices to keep her children out of harm's way, including living without them.

"He cried when we sent him to China to work after he finished his studies, but he didn't have a choice, I won't let him stay here," she told Al Jazeera from her home, holding up a photo of her 15-year-old son in the monastery where he was educated and raised from his ninth birthday.

"Even when he visited home, we worried that the army would take him," she says, looking anxiously out the window at the base occupied by young soldiers. "Nobody wants their children to join the rebels."

The US State Department said, in its latest country report on human rights practices in Myanmar, that the unlawful use of child soldiers and forced labour of adults and children by non-state armed groups "rarely result[ed] in investigations or prosecutions".

"I can forgive an animal that bites me that knows nothing about the law," said Lay Sai Nge, "but these soldiers have signed the Nationwide Ceasefire Agreement."

For former abductees and parents grieving the forced conscription of their sons, the injustice they have faced is difficult to swallow.

"They tortured me and took away my freedom," said Lay Sai Nge, "I cannot forgive them."

•Credit: Al Jazeera. Names marked with an asterisk* have been changed to protect identities.

Be ready to pay higher for fuel — PPPRA

My agenda for stopping attacks on Nigerians in South Africa —...

Yoruba elders not ready for self determination — Adegoke