Several Nigerian celebrities have expressed support for Busola Dakolo, photographer and wife of musician Timi Dakolo, who on Friday accused the Founder of the Commonwealth of Zion Assembly (COZA), Pastor Abiodun Fatoyinbo, of rape.

In an interview with Y!Naija, Mrs. Dakolo alleged that the incident happened when she was 18 years old at her parents’ home, a duplex.

“My mum had traveled with my sister and it was just my other sister in the house. The house was so big that if you were upstairs, you would not know what is happening downstairs,” she said while sharing her story.

The allegation immediately sparked a social media storm, with thousands sharing their views on the matter.

Apart from sympathising with Busola Dakolo, celebrities who commented on the issue called for an investigation into the matter.

Below is a sample as culled from a Channels TV report: 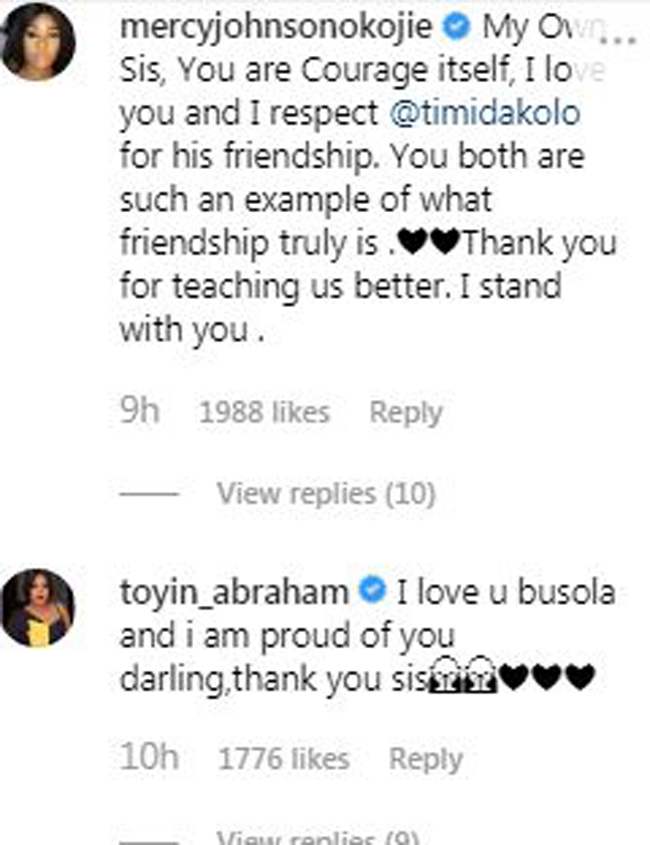 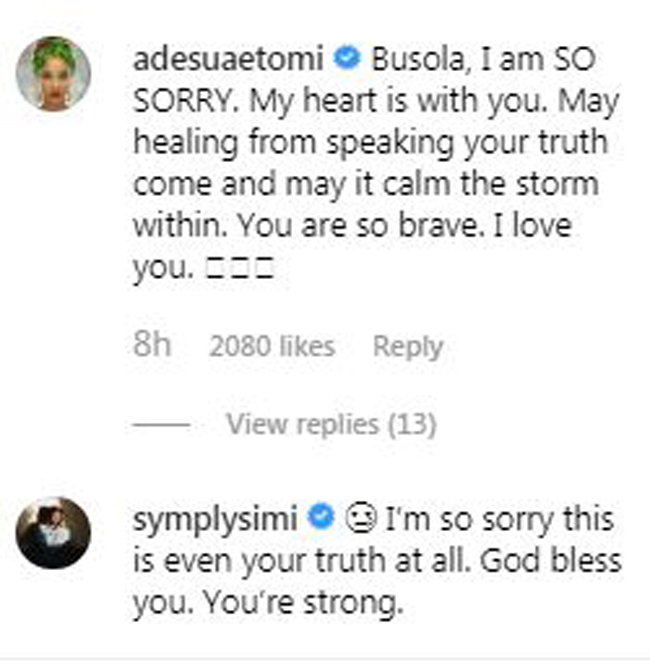 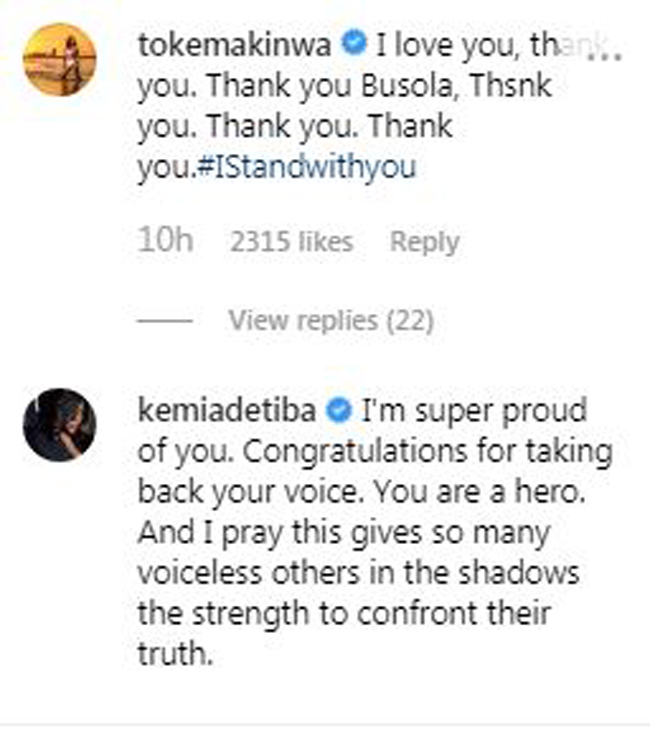 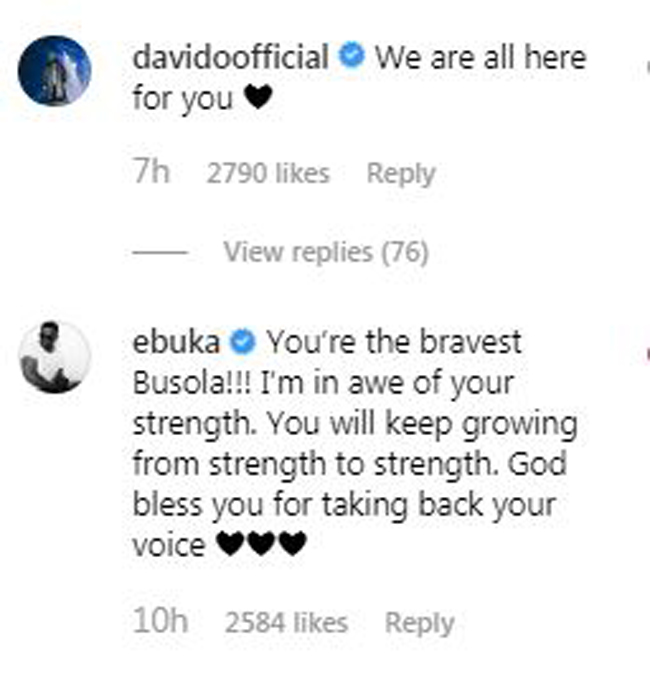 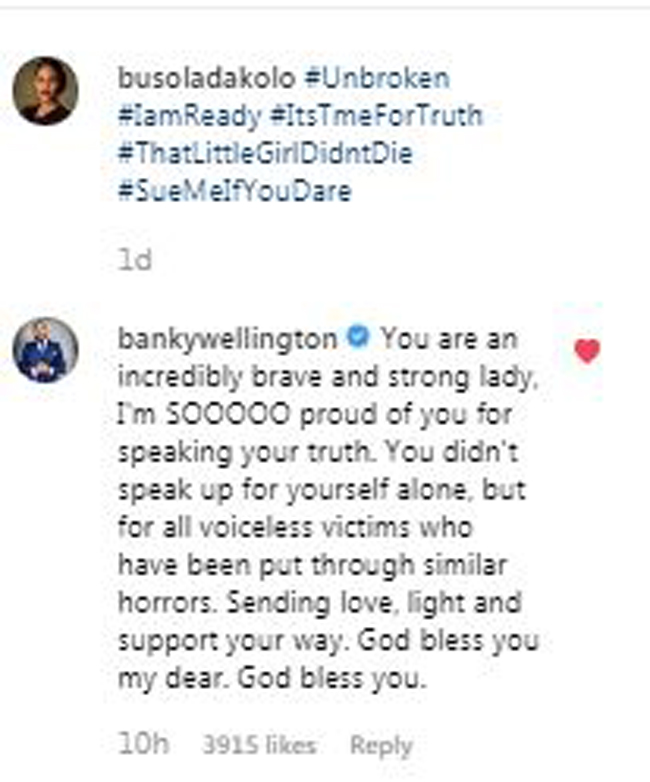 Have you ever heard pastor Adeboye been accused of rape NO!
Bishop Oyedepo? No!
Pastor Adekoya? No
But you so called Coza pastor as been accused Twice!! is he the only man of God? Rather than argue blindly sit your pastor down,ask for the truth #COZA #IstandwithBusolaDakolo

310 people are talking about this

Sadly the rave will die down as usual, Biodun Fatonyibo will turn up in church next Sunday and members will turn up grinning from ear to ear like nothing happened. And the cycle continues.#IStandWithBusolaDakolo

23 people are talking about this

589 people are talking about this

I have seen Biodun Fatoyinbo’s statement. I look forward to him carrying out his threat to sue Busola Dakolo. As Mrs Dakolo doesn’t have a church that can fund her defence, I have set aside a little money to contribute to her defence. Please do so too. #IStandWithBusolaDakolo

6,885 people are talking about this

Meanwhile, the pastor has also responded to the allegations, saying he has never raped anyone before even as an unbeliever in the past.

He described the claims as “all fallacious and non-existent” and only aimed at ruining his reputation and that of the church.

While the couple, Bukola and Timi appear willing to go to any length in fighting for the truth, with hashtag #SueUsIfYouDare, the pastor has also stated that his lawyers have been briefed and legal actions will commence soon.