The Independent National Electoral Commission (INEC) has released the names of candidates for the National Assembly election in Rivers State.

The names of the candidates were revealed on Thursday in a list signed by INEC secretary, Rose Orianran-Anthony.

However, the names of the candidates of the All Progressives Congress (APC) were excluded from the list.

See the names of some of the candidates below; 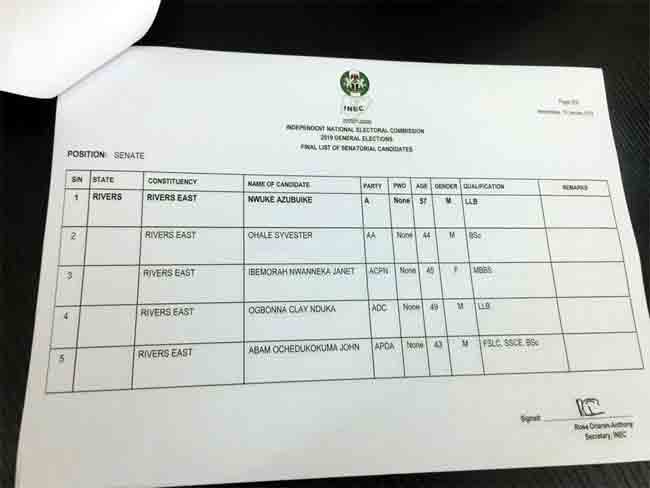 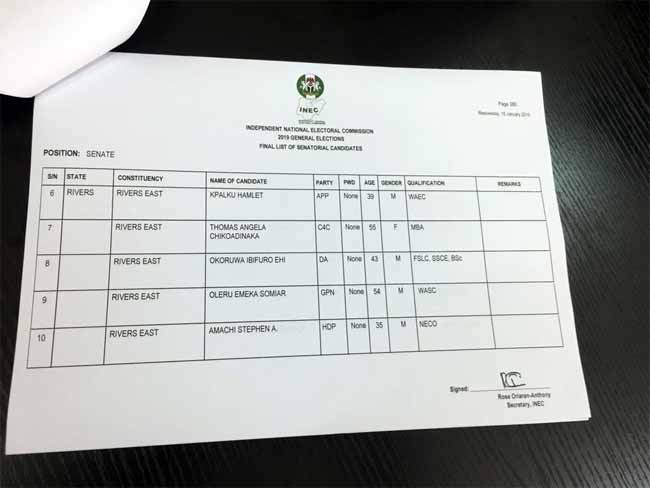 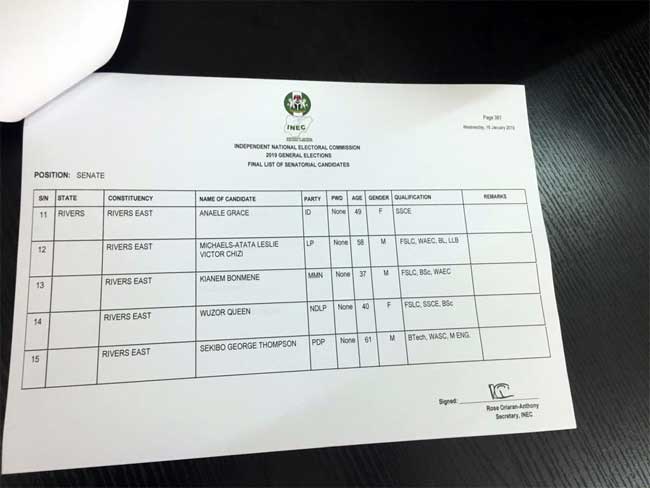 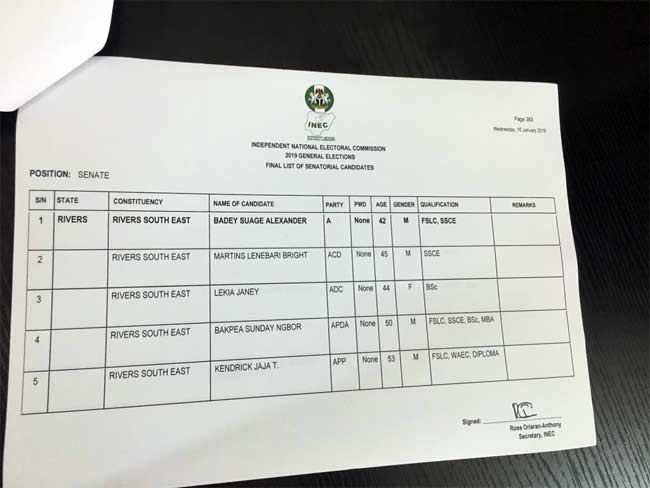 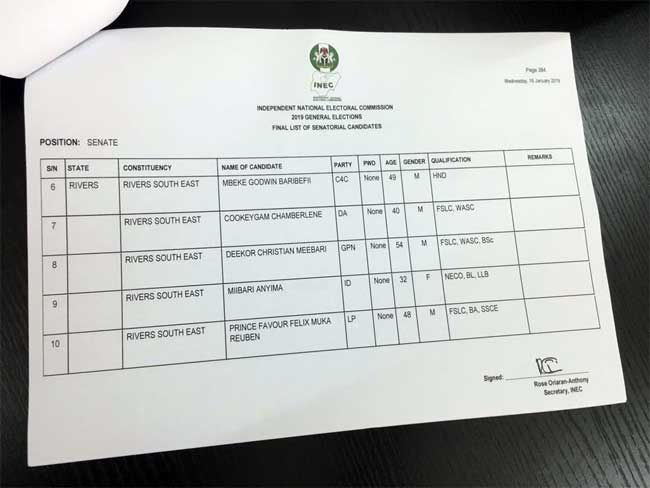 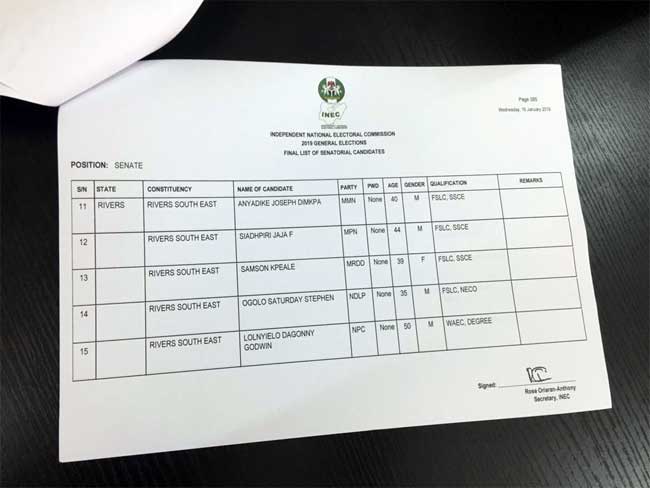 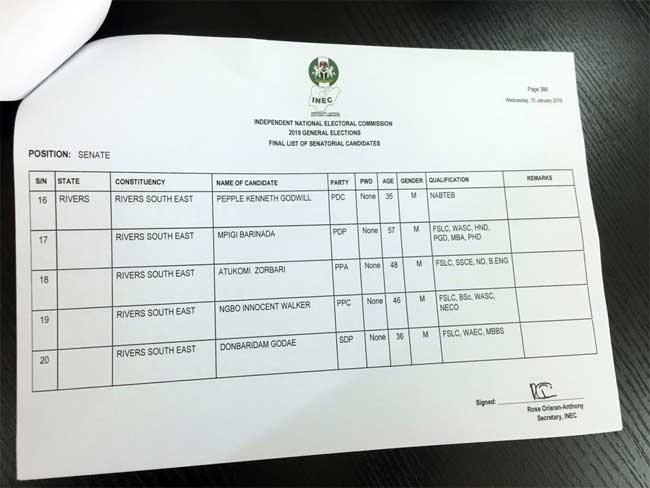 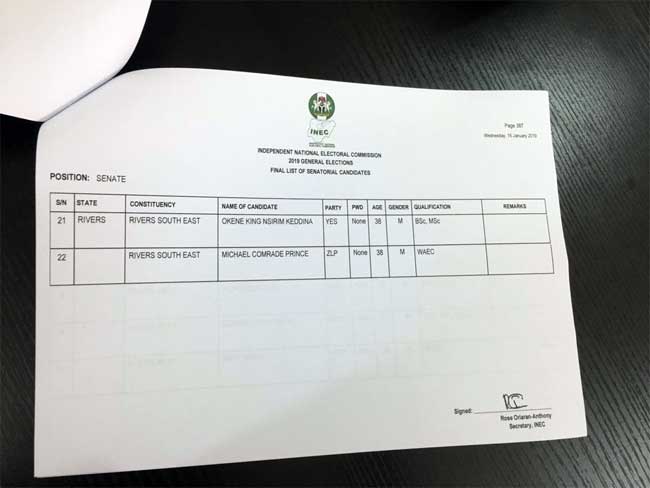 INEC published the names 29 days to the general elections.

On Monday last week, a Federal High court in Port Harcourt, the state capital nullified the direct and indirect primaries conducted by the two factions of the APC in Rivers.

The court presided over by Justice Kolawole Omotosho held that both primaries were not conducted according to the law.

Justice Omotosho had also restrained the electoral body from recognising Tonye Cole and Magnus Abe as governorship candidates of the APC in the general elections.

Senator Abe was declared the winner of a direct governorship primary conducted by a faction of the party in 2018 after polling 144, 929 votes.

But Cole emerged the winner of an indirect primary held by another faction with 3,329 votes. (Channels TV)

Militancy: Niger Delta monarchs give conditions for dialogue with FG