The Osun State government has declared today, Thursday, September 27, 2018, a public holiday to allow residents to participate in the supplementary election taking place in the state.

Media aide to Governor Rauf Aregbesola, Sola Fasure, announced the decision in a statement on Wednesday.

“The State Government of Osun has declared Thursday, September 27, 2018, a public holiday throughout the state,” the statement read.

“This is to enable workers to participate in the rerun governorship election taking place in seven units in Ife-North, Ife-South, Orolu and Osogbo Local Government Areas of the State.”

Voters at seven polling units are expected to vote to decide the next governor of the state after the Independent National Electoral Commission declared Saturday’s election inconclusive.

Their votes will determine which of Ademola Adeleke of the Peoples Democratic Party and Gboyega Oyetola of the All Progressives Congress will succeed Governor Rauf Aregbesola.

Adeleke currently has a 353-vote lead over Oyetola and both candidates will be looking to get a larger share of the 3,498 possible votes available in the seven polling units.

See the list of polling units were elections will be held tomorrow below: 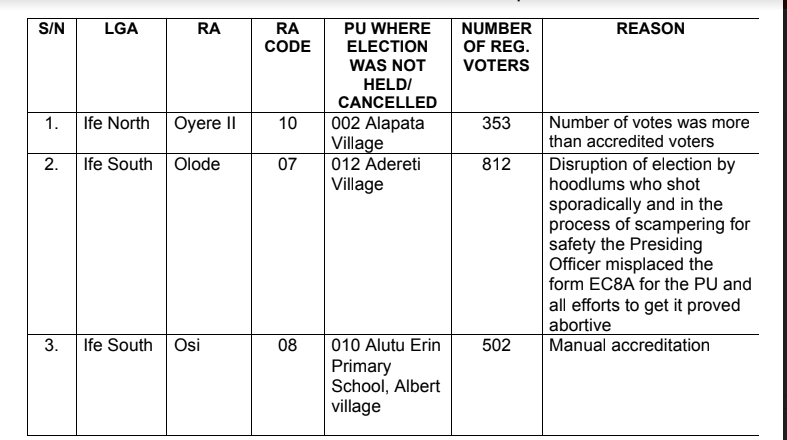