Nineteen children and two teachers have been killed after a gunman opened fire at a primary school in Texas.

The attack happened on Tuesday at Robb Elementary School in Uvalde, around 80 miles west of San Antonio.

Salvador Ramos, 18, entered the school after exchanging fire with authorities and having earlier shot his grandmother.

He was eventually shot dead after committing America's deadliest school massacre in nearly a decade. 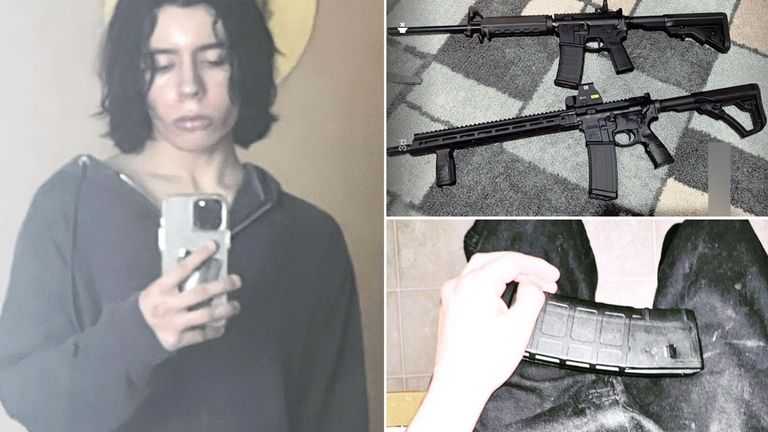 Eva Mireles and Irma Garcia have been named as the murdered teachers.

Ms Mireles has a daughter, was married to a policeman and had been an educator for 17 years, the school's website said.

Irma Garcia's nephew tweeted that "she sacrificed herself protecting the kids in her classroom" and "died a hero".

She was married with four children and had been teaching for 23 years.

Lisa Garza said her cousin Xavier "was just a loving 10-year-old little boy, just enjoying life, not knowing that this tragedy was going to happen today".

"He was very bubbly, loved to dance with his brothers, his mom."

Amerie Jo's father, Angel, posted on Facebook: "My little love is now flying high with the angels above.

"Please don't take a second for granted. Hug your family. Tell them you love them. I love you Amerie jo. Watch over your baby brother for me."

A San Antonio hospital said a 10-year-old girl and a woman, 66, were critical, and that two girls, aged nine and 10, were in a fair and good condition respectively

The gunman shot his grandmother before heading to the school, said Texas senator Roland Gutierrez, but there are conflicting reports on whether she survived.

Read more:
What we know so far about teenage gunman

Killer 'suggested the kids should watch out'

Ramos had hinted on social media about an attack and "suggested the kids should watch out", according to Senator Gutierrez, who said he had been briefed by police.

He said the killer had bought two "assault weapons" after turning 18.

The attack began about 11.30am on Tuesday when Ramos crashed his car in a ditch outside the school.

Officials from the Texas Department of Public Safety said he was carrying a "long rifle and backpack" and wearing body armour.

The police were hit and received non-life threatening injuries, according to Texas governor Greg Abbott.

However, Ramos was able to enter the building and begin his rampage.

He was eventually killed by a Border Patrol officer who was working nearby and went into the school without waiting for back-up, according to a law enforcement official, speaking anonymously.

They said the gunman was behind a barricade. (Credit, excluding headline: Sky News)

It will be a day of cloudy weather and localised thunderstorms:...